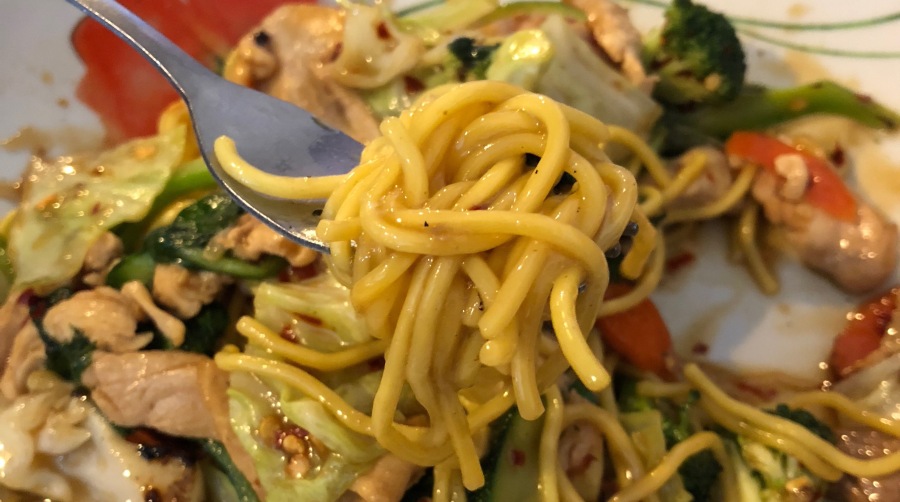 The first time I attempted to dine at Wok-Inn Noodle, it was closed. The sign out front said it had opened an hour ago, but the door was locked. When I peered through the glass into the darkened restaurant, I saw a wizened man slowly sweeping the floor. He didn’t seem like he was in a rush to get cooking.

Wok-Inn Noodle doesn’t operate like most restaurants. There’s one small dining room, one server, and one chef in the kitchen making one dish at a time—and the restaurant opens whenever he feels like it.

When I finally made it back for dinner, the server warned that the food would take at least 25 minutes to prepare. When we were seated, the server delivered another warning: the chef’s noodle maker was broken and he could not serve homemade noodles.

The small dining room is cluttered and eclectic. Potted plants festoon the walls and small umbrellas dangle from the ceiling. It is an oddly calming place to sit. 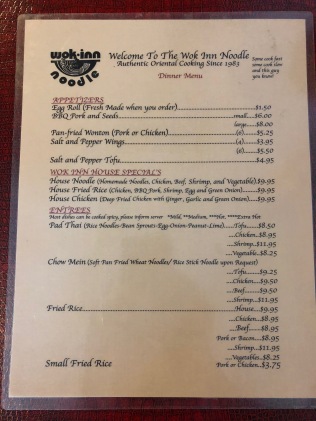 The menu features noodles, fried rice, and a variety of meat and vegetable dishes. It seems to be equal parts Thai and Chinese. I ordered the house noodles.

Twenty-five minutes later, I was making goo goo eyes at a shimmering plate of chicken, beef, shrimp, broccoli, spinach, and zucchini, all delicately swaddled in a seasoned, savory sauce that made every ingredient stand out without running the show.

And the noodles—which weren’t even homemade—were epic. Soft, ropy, more-tender-than-chewy-but-still-chewy, they gave my tongue a warm, reassuring hug. I can’t imagine the mouth magic that is going to happen when that noodle maker gets repaired.

My filling meal was a mere $9.95. At most other restaurants in town, putting three different types of meat on a noodle dish will run you somewhere north of $16.

The dining room was not crowded at 7:00 on a Thursday night, and most of the diners appeared to be regulars. Several people said goodbye to the chef as they walked out.

I haven’t met the man behind this perplexingly excellent restaurant. I don’t even know his name. But I plan on making him a close personal friend, one steaming plate of noodles at a time. ∎

4 thoughts on “Wok-Inn Noodle Is a Hidden Delight”