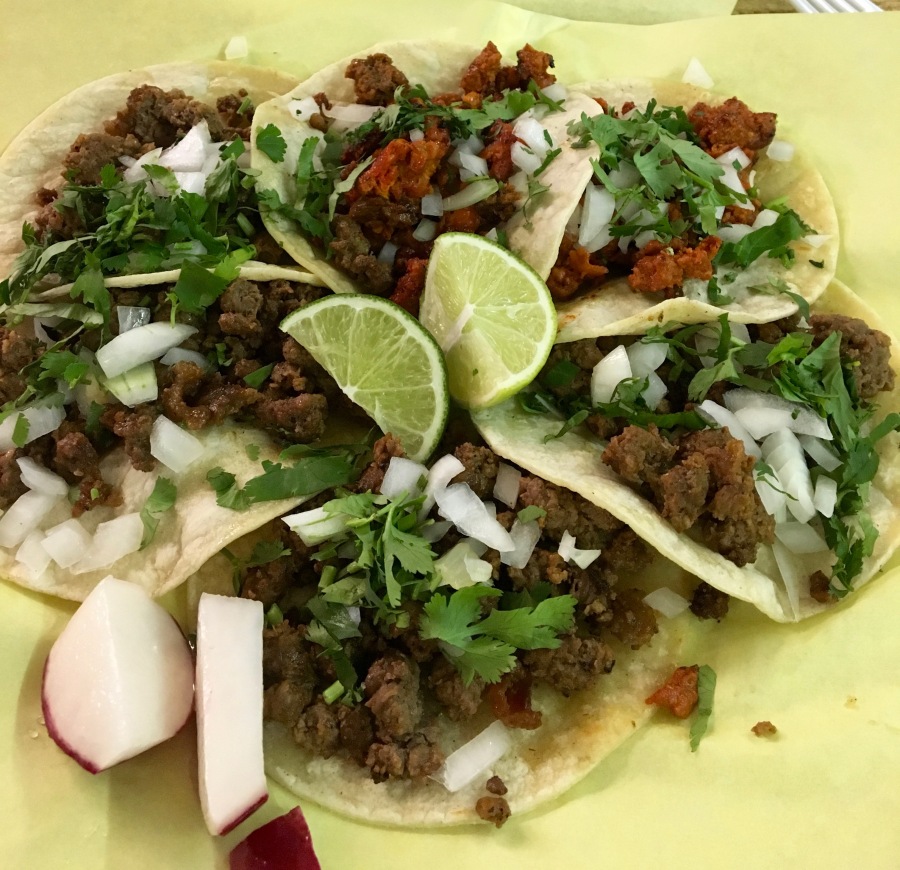 If tomorrow the front page of the paper reads “secret cult of carnitas wizardry uncovered in local mexican market” or “Boise food authorities confounded by the perfect Al Pastor” or even “Barack Obama initiates CIA investigation of conspicuously delicious asada”, I would barely blink. In fact, I’d probably be relieved.

At least then I could explain what the hell is happening in Campos Market.

Last week I made the trip to the market’s hallowed ground, hidden inconspicuously on Orchard Street in a remodeled bar. Though the sign still boasts a crescent moon and a martini, the interior has been transformed into a joyful marketplace. The pinatas overhead and the mariachi music on the air make the aisles of tortillas, tomatillos, and gummy candy all the more enticing. 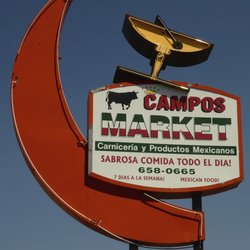 In the back, there is a handful of wooden booths and a small kitchen. The menu is intuitive — on one side, a list of meats; on the other side, the possible enclosures for that meat. I was eating lunch with my girlfriend, and we ordered six tacos, two enchiladas, and the all-important pineapple Jarritos.

Moments later we were greeted with two massive platters of Mexican food. The asada tacos were the logical starting point for our hungry rampage.

We took a bite, then stared at each other. Dead-eyed.

And yet, we were experiencing something beyond meat. Something too perfectly greasy and seasoned to have emerged from the stacks of marbled flesh in the deli case beside us. We chewed with gluttonous delight.

“This is my favorite restaurant,” my girlfriend categorically announced.

We took another bite.

“I’m not kidding. This is my favorite restaurant.”

We added some house salsa.

“Hoooooo my god. What do they do to their meat?”

My ability for articulation had vanished with the Asada, so I merely dove with enthusiasm into the enchiladas.

My personal theory is the the grill has been seasoned by years and years of good cooking. I imagine that when this griddle meets some well crafted Al Pastor, a love affair worthy of The Bachelor takes place right then and there.

But the funny thing about Campos is, as much as you might wonder, and speculate, you don’t really want to know. Peering back into that kitchen would be like ripping the curtain off of Oz.

As a man of subtlety, I am not prone to declarative statements, but I will throw aside my more political instincts to make one unabashed claim:

Campos Market makes the best taco in Boise. And it is altogether possible that their dominance extends across the state of Idaho.

A statement such as that necessitates the full five stars.